Update 22-04-2010: D-Link have released the 1.34b03 firmware that fixes an issue with the statistics page for this firmware. Get it here.

This code addresses disabling the SecureSpot feature.
The router will not query Bsecure when the feature is disabled.

Using this firmware is at your own risk and will most likely void your warranty if something goes wrong.

There doesn’t appear to be a changelog but I will add one if it appears.
Add a comment below with any results you have regarding these. 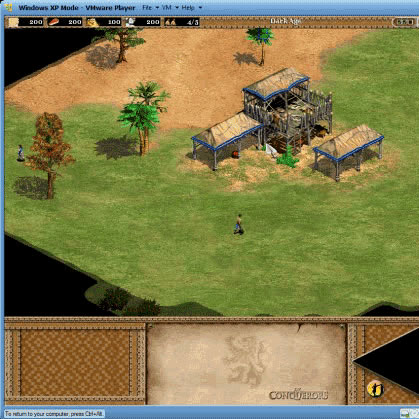 I have been debating whether or not I should put this up, however after much testing I have concluded that it is safe, it works and many other people have used this method, it goes without saying that this is still quite dangerous to do as nobody knows why D-Link doesn’t allow the downgrade to take place and they may believe it can cause bricked routers.

There is firmware floating around that allows a D-Link DIR-655 to downgrade to pre-1.3x firmware (and also to other countries’ firmware), here are the results of my testing:

First I factory reset my router, it was running the 1.33NA b01 firmware, then I firmware upgraded it to the DIR655A4_FW131RUB10 firmware file that I will make available at the end, this is a modified version of an official Russian firmware, (apparently 2 bytes is all that has been changed).

Once this was complete I was running the modified firmware, as you can see it is still in English.

Then I was free to upgrade/downgrade to any firmware I wished, so I decided to try the official Australian Firmware 1.21 and this worked perfectly.

Here is the chklst.txt info on the firmware to prove it downgraded successfully.

D-Link have been quick to release new versions of the 1.33NA firmware recently, now they have released the final 1.33NA version.

In my experience it is one of the better versions of the 1.3x firmware family, here is the changelog:

Remember this cannot be downgraded by official means to anything pre-1.3x or other international firmwares, however you can always try the unofficial way.

It’s not known yet what has been changed though it appears to be working quite well for people.

You can get it here.

Remember that this is the North American firmware so while it is compatible with other countries’ hardware it cannot be downgraded to pre 1.3x NA firmware OR to any other country’s firmware, so once you go NA, you can’t go back.

Please visit the D-Link forums post about it here before you install the firmware as this doesn’t have support from the usual places. Feedback can be left in this forum post.

Also let us know how it goes in the comments below.

Recently I moved my site to a new VPS run by me, the whole process went smoothly and after removing a few server specific .htaccess commands the site was up and running again.

I noticed however that the HTML5 video files that I have been using on a trial basis had stopped working with a big X in the middle of the video frame, but only in Firefox.

This indicates many possible problems with the video, some of which I could immediately dismiss as the file worked fine and other browsers such as Chrome had no issues playing it.

I remembered that it’s important to make sure the mime types are set correctly in apache, easily done with a modification of the .htaccess file in the site’s root directory, however I already had them in place, after trying different things I finally realised that nginx was serving the files directly so I did the following steps:

Open up the Nginx mime type configuration file, eg: /etc/nginx/mime.types
Paste these lines after the last video mime type, in my case it was avi:

Restart nginx, it should then serve ogg video correctly to Firefox users. 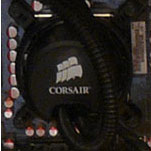 This is my main computer, I built it this time last year:

Over past few months the fan on my Intel Core i7 stock CPU cooler started failing, the fan initially halved in fan speed, then slowly lost ~50rpm per week while my CPU temp crept up, fan control was off and there was nothing blocking the fan from physically moving, so I decided to replace it.

END_OF_DOCUMENT_TOKEN_TO_BE_REPLACED

D-link have released an unsupported beta version of the DIR-655’s firmware, this supposedly fixes only the DNS Relay bug.

You can get it here, they seem to be pretty insistent that the firmware shouldn’t be used if you’re worried about your warranty etc so I will just leave it at that link, I’ll be testing this seeing as my router is stuck as a glorified Wireless AP and Gigabit switch due to it’s bad behaviour so it can’t really get much worse.

Upgrading Windows can be tricky, most applications and current games are usually updated when a new OS is out in order to keep the compatibility, however some of them get left behind by their developers and require workarounds and all sorts of community-based fixes.

Fortunately for us end-users there are more options than ever before to let us use this software, Windows 7 Professional/Ultimate/Enterprise includes Windows XP Mode and Windows Virtual PC in order to run applications just as they would in Windows XP and DOSBox allows even 64-bit users the chance to use 16-bit applications and games that were made over 15 years ago.

END_OF_DOCUMENT_TOKEN_TO_BE_REPLACED

D-link have released a new beta firmware for the DIR-655 in the hopes that it will fix an undisclosed SharePort issue.

I don’t know what SharePort issue they are referring to and I have not tested this myself.

Once again this firmware WILL NOT DOWNGRADE to pre 1.3x firmwares so if you are on a pre 1.3x firmware then it is suggested that you stay put because chances are you will only have more issues and you can’t go back.

This firmware is beta, it is a test release, it may break/brick your router for no reason.

As the changelog suggests there is a new SharePort utility included that will supposedly only work with this version, I don’t know if SX Virtual Link works with this firmware, but for the record it has a version number of 5.6.2 making it newer than SX Virtual Link.

Update 27th of October 2009: I have decided to test this firmware out as some users have reported that there are some small wireless improvements, I will leave any findings in the comments below. I will also try a SharePort stability test as the longest I have been able to keep a single SharePort connection alive has been about half an hour.